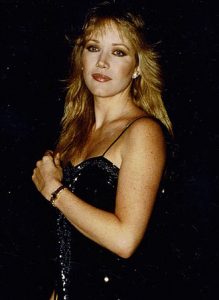 On January 5, news broke that the actress Tanya Roberts died from sepsis following a urinary tract infection. Roberts was sixty-five; she had been both a Bond girl and a Charlie’s Angel. She collapsed on December 25th, 2020. Roberts was hospitalized and put on a ventilator. Before her collapse she had not appeared ill.

Over thirty percent of UTIs lead to sepsis; this is 2.8-9.8 million cases in the United States and Europe. These result in as many as 1.6 million fatalities. Sepsis occurs when the immune system, in response to a perceived threat in one’s blood stream, goes into overdrive and starts attacking the body.

UTI’s are usually contained within the bladder and antibiotics easily cure them. If a UTI goes untreated, it can progress to a kidney infection which in turn can became sepsis. Tanya Roberts death resonated with me for two different reasons. The first is that my paternal grandfather, Frank, died in 1937, following a sinus infection. Antibiotics were not widely available; his infection went unchecked and he died. My father was eighteen; his older brother twenty and his younger brother eleven.

The other reason I felt deeply about Roberts’ death was that I had a similar, although obviously not fatal, experience. From December 2011 to the beginning of January 2012, I had a urinary tract infection that went untreated for as long as four weeks. (The reasons for my lack of treatment is another story for another day).

By January 2, 2012, I had a very high fever, was chilled to the bone, and was ashen in color. I had a raging kidney infection and my doctor sent me to the hospital. One of the ER nurses said my white blood cell count was the highest she had ever seen. If the infection had continued to go untreated, it is likely I would have developed sepsis. Once sepsis sets in, there is a very high rate of mortality.

As women age, they are more susceptible to UTIs and often the infection does not generate any symptoms. That certainly could have been true for Roberts since she did not seem ill before she collapsed. As with most illnesses that occur more frequently for women, the progression from a urinary tract infection to sepsis is not well studied.

Tanya Roberts’ story is very sad, and I wish she could have received treatment before she became septic. My kidney infection was the sickest I have ever been but I am glad that I did get treated and did not become septic.