In 2022, I completed a second draft of my manuscript, Dames, Dishes, and Degrees. I used NaNoWriMo and a revision class from PVWW to achieve this. Having accomplished that, I am not sure what to do next. I am still thinking about it.

Our house renovation finished in the spring, and I am enjoying the new space tremendously. We now park our car in our new garage which is great when it is raining, snowing, or very cold.  We have a lot more room and the laundry being upstairs is a big improvement,

I had 78 blog posts this year. Posting every day in July helped push that number up. As far as Twitter goes, before I stopped tweeting, I was on track to well exceed my rate of one tweet a day. As you know, I stopped tweeting and looking at Facebook about a month ago. I don’t miss Facebook at all, but I do miss Twitter. I particularly miss following Jackie Wong, Rocker Skating.

I also missed being able to comment on political events, tv commercials, and other topical  occurrences. I have been seeing a commercial that encourages tourism to Texas. The advertisement shows groups and families of diverse looking people  enjoying visiting the state. The problem I have with this commercial is that the policies of the state would actually preclude people of color, immigrants, Muslims, and other minorities form visiting Texas. Greg Abbott, the governor is behind the recent transporting of migrants, some dressed only in T shirt to Washington, D.C., depositing them at Kamala Harris’ official residence. I won’t go to Texas until these policies and the people who implement them are changed.

I did a lot of texting to help get the successful results of the midterm elections. I am dreading Republican rule of the house of Representatives, but it is only two years. Hopefully, their do-nothing obstructionist policies and their continuing fealty to Donald Trump will mean that in 2024, we hold the Presidency, regain control for the House and expand our lead in the Senate. A girl can hope.

Next week I will reveal my plans, such as they are, for 2023. Happy New Year!

As some of you may know, in conjunction with the Jones Library, Amherst, I run the Jane Austen’s Regency World book club. We meet six to seven times a year starting each February. We have just finished the fourth year. Each year, we read one of Jane Austen’s novels, then we read books by other authors that relate to the Jane Austen work.

This year we read Sense and Sensibility. I decided to structure the other readings around the theme of sisters. The bond between Eleanor and Marianne in Sense and Sensibility is strong and complex. I wanted to look at other authors’ explorations of relationships between sisters. I have a sister and many participants in the club do as well.

For the final book of the year, we read Ladies of the House by Lauren Edmondson. It was not great. I have read several modern retellings of Jane Austen and most of them have not been great. Jane Austen’s novels are both timeless and dated. Her tremendous skill as an observer of human nature and her great writing make the books readable after over two hundred years. The setting of her books in the English countryside, Bath, and London, are specific to the time she was writing, in the late 18th and early 19th century. It is this aspect of Austin’s writing that is hard to update. Ladies of the House transplants the story to modern day scandal ridden Washington DC.

For the seventh meaning of the book club, on January 19th, we will discuss the Emma Thompson version of Sense and Sensibility. It is one of my favorite movie adaptations of a Jane Austen novel. Although Thompson is  almost twice as old as Eleanor is in the book, the movie is a beautiful, heartfelt telling of the story. Next year, we are reading Emma and the other books all have matchmaking in the plot. We will also have a seventh meeting this coming year to discuss Clueless, another one of my favorite Jane Austen movie adaptations.

If you are interested in what we have read in the past, what we are reading this year, or you want to attend the meetings which are on Zoom, please message me.

Everything I know about Christmas is complicated because I’m Jewish; an outsider looking in. It seems to me that every year America starts celebrating Christmas earlier and earlier. The Hallmark Channels which I frequently watch when I am trying to fall asleep, started its round of formulaic Christmas movies in October, blowing right past Halloween and Thanksgiving and not stopping to celebrate either.

In October 1996, I started working at Wing  Memorial Hospital. Simultaneously with my hiring,  the PA system began blaring Christmas music which lasted well into January. There was also a huge Christmas tree in the cafeteria. Wing Memorial Hospital is in Palmer, a semi-rural Western Massachusetts community. Many of the people who worked at the hospital were from Palmer or the surrounding towns. Several had never been to either New York or Boston.

Yesterday, because I didn’t want to watch a Christmas movie, I chose a Law and Order episode from 2009. The plot revolved around the  murder of an evangelical Christian who was planning for the end of times as described in the Book of Revelations in the Christian Bible. One of the characters’ organizations moved Jews from  Russia, transporting them to Israel. Evangelicals believe that one of the preconditions for the second coming of Christ is that there will be an ingathering of people in the Holy Land. Getting Jews there is an important part  of the evangelical project.

The Law and Order episode reminded me of something that happened while I worked at Wing. One of the nurses, Julie, was an evangelical Christian who believed in the prophecies and stories contained in the Book of Revelations. She lived in terror of having her computer password be 666, which is “the number of the beast.” One day she was expounding on her understanding of the end times,  claiming that everyone would have to accept Christ, or they would die.

I asked her what would happen to the Jews. She replied that they would face the same fate as all other non-believers, despite needing Jews to bring Christ back to Earth. After this conversation, Julie was apparently curious why I or anyone else would care about the Jews in the first place and inquired if I was Jewish. I replied yes. Someone else then  asked me if I was really Jewish  because Lori, another nurse, was married to a Jew. I replied,  “I’m Jewish, my husband’s Jewish , my children are Jewish, my parents were Jewish.” That ended the conversation.

When I started working at Wing, I didn’t  make a conscious decision to hide my Jewishness, but I didn’t advertise it either. Following the conversation, I was now outed as a Jew. With nothing to lose, I asked the dietitian who was responsible for holiday decorations, if it would be possible to have a menorah. She had an enthusiastic response and proceeded to decorate the cafeteria with  Jewish ritual objects as well as the Christmas tree.

Once the menorah was up, I got an e-mail from one of the respiratory therapists. Mike, another Jew, told me that he had worked for the hospital for many years and had always felt like an outsider until that year when I convinced them to put up the menorah.

As 2022 ends, we are living in a moment in which anti-Semitism and anti-Semitic hate crimes have exponentially increased. Much of the media has been obsessed with Kanye West and his antisemitic rantings but there are more disturbing things that have gotten less attention. An article on AlterNet cites a “recently published survey showing that one in four hiring managers exhibited antisemitism.” Because American society considers Ashkenazi Jews white, antisemitism often flies under the radar. In 2016, Donald Trump brought it above ground, where it now remains.

Yesterday and today, I spent a good part of my time watching the Grand Prix figure skating final. The Grand Prix series is six different skating competitions held in six different countries. The skaters who compete get points depending upon their ranking in each competition. After the six events are over, the top six skaters in each of the four skating disciplines; men and women singles, pairs, and ice dancing, compete in the final.

Watching skating has made me miss Twitter primarily because for several years while watching skating, I also followed Jackie Wong’s commentary on Twitter. When I went to Skate America, I got to speak to Jackie Wong, which was a wonderful experience. Despite wanting to see what he has to say about this current competition, I have continued to abstain from looking at Twitter.

The other time I missed Twitter was this past Tuesday when Reverend Raphael Warnock won his Georgia runoff. Again, I resisted going to Twitter to comment and instead messaged my sons and daughter-in-law about Warnock’s historic win, using WhatsApp. I will have more to say about the election in a subsequent post.

Last Friday, after I posted, I did go to Facebook and Twitter to announce that. I thought I might look at both platforms for a bit, but found it very overwhelming and I wound up not doing it. Although I thought not looking at Facebook and Twitter would free up time, that hasn’t really happened yet. Instead of looking at Twitter and Facebook, I have rediscovered games I had on my phone that I had not played in a long time. I guess the part of my brain that wants to aimlessly look at something needs filling whether it is with social media or my paint by number app. 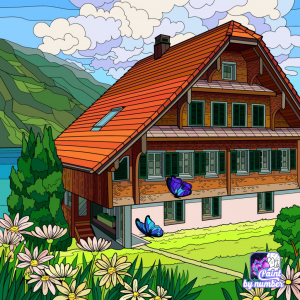 In February of this year, Points, the blog of the Alcohol and Drugs History Society, had an interesting post by Sam Roberts which explored the history of methadone treatment in the United States. Roberts looked at the history of a 1976 documentary, Methadone: An American Way of Dealing to explain the complicated history of addiction treatment.

I worked in a methadone treatment center for four years and thought that it was helpful for preventing some people from relapsing and going back to heroin use. Since the time I worked  in the clinic, more treatments, especially buprenorphine, have become available. Buprenorphine has the advantage that a doctor, after training, can prescribe the medicine, freeing the patient from daily attendance at a clinic.

After my experience with Noom, which is a form of cognitive behavioral therapy (CBT), I have mixed feelings about people seeking addiction treatment not having to attend a clinic daily. In my quest to lose weight, one of the most effective things I did was weigh myself daily. This helped me develop a habit of thinking consciously about my food choices, Attending a methadone clinic daily could have the same effect for some people.

Support while one is changing behavior is critical for success. How to provide and maintain that support is the open question in the area of opioid addiction.