My original plan for today’s post was to update you about progress on my book. However, on Tuesday, Angela Lansbury died,so I have decided to say something about that today. Tomorrow, which will be the last day of my latest self-initiated NaNoWriMo, I will post about that process.

As my faithful readers will remember, from the end of 2021 to the beginning of 2022, I watched every episode of Murder She Wrote and read a book by Angela Lansbury. More recently, I read a book that had Jessica Fletcher as the heroine.

When Angela Lansbury died this Tuesday, the New York Times ran an obituary which included  a mini documentary about her life. It featured her speaking. Something she said was very meaningful. “I’m an actress not just a pretty face.”

She was a woman of character and immense talent, and I really admired her. You can read my post about Murder She Wrote here. 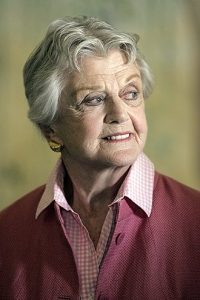