Looking over my last few posts I thought I would revisit some of the topics. In Summer I outlined what I was doing during this season. The Take Back the House (TBTH) opening was a huge success. You can see a video about it here. I am still working there and I feel, now more than ever, it is critical to turn the house Democratic.

Skating Camp, which I talked about in Summer and Off to Camp, was terrific. There were only nine of us and the coaches and assistant coaches were so helpful and supportive. It really improved my skating, making me more adventuresome and less fearful. I plan to start some off ice work which should further strengthen my skating.

I am still having trouble sleeping. At least once a week I have a bout of insomnia. My latest thought is to try hypnosis to change my sleeping habits. If anybody has tried that, please me know.

It has been two weeks and I  have watched two  Youtube videos that were on Feedly. I am also reducing my watching of Reality TV since it feels very connected to the rise of Donald Trump, something I fervently wish had never happened. I do not want to be complicit with his fascism in any way,

Several of the posts reference how hard it has been to do weekly posts. That remains true. I put all of the potential changes to my website which I discussed in Half Year Update out of my mind but  it is probably time to start thinking about them again.

Finally in the last month my most viewed post was the one on Methylated Spirits which I wrote five years ago. It had 229 views in 30 days. I average about 20 reads a day. The day I post is not always the day with the most readership which is a bit of a puzzle to me. I am  still thinking about ways to increase readership. If you have any ideas, let me know.

If these more personal posts are not your taste, let me know that as well.

Today I am going to the Adult Skating Camp in Cromwell, CT. It is three days and about fourteen hours of exercise both on and off ice. The classes include jumps, spins, and ballet. All of this is way out of my comfort zone so I will let you know how I do next week.

On Monday I started the 11 Day Anxiety Challenge. Wednesday’s task was to find five things you are grateful for. Here are my five things: 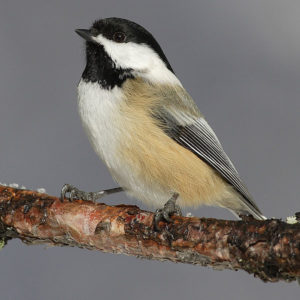 The black-capped chickadee is the state bird of Massachusetts.

What are some things you are grateful for? Please tell me below in the comments.

Yesterday I passed Basic Skills Level 4 in figure skating. I have been trying to pass this level for at least three years so it feels like a real accomplishment. I posted about passing on Facebook and now realize a lot of people who responded don’t have any idea what I am talking about.

Here is what you have to do to pass  Basic 4:

Forward inside edges also on a circle – both right and left. Skating counter-clockwise you lift your left leg while you skate on your right. Skating clockwise you do the reverse.

Forward crossovers on a circle both clockwise and counter-clockwise. This involves taking your outside leg and crossing it over the inside leg. It is not that easy,

Backward 1/2 swizzle pumps on a circle in both directions. Going counter-clockwise your right leg is on the outside and makes a backward c as you are moving. Clockwise it is your left leg that does the pump.

Backward on-foot glides – both right and left – Going in a straight line you skate backwards on one foot.

That is what I had to do to pass. although I passed I will continue to work on all of these elements because there is still room for improvement.

If you go on YouTube, you can see video  of all of these elements.