Tuesday I attended a public hearing of the Massachusetts Alcohol Task Force. Deb Goldberg, the State Treasurer, created the task force to look at the laws and regulations governing the alcohol beverage industry. About fifteen people were present and about eight people spoke.

Three groups of stakeholders were present. The largest group, more in numbers than in influence, were people  from the public health community. All of these speakers were women and focused on prevention of underage drinking. Their basic demands were for public health to have a seat at the table, more funding for compliance checks, and controls over advertising if possible. Several of the women mentioned tax increases but this was not a major demand.

Viewing alcohol use and abuse through a public health lens is a relatively new phenomena. Before Prohibition, temperance and prohibition advocates saw alcohol use as a moral issue which affected all of American society. During Repeal and after, both the liquor industry and the medical community refashioned alcohol problems as problems of the individual requiring an individual medical response.

Inspired by the anti-smoking movement which saw smoking as having a societal cost, public health advocates began to see drinking in a similar light. The tightening of drunk driving laws, raising the minimum drinking age to twenty-one, and not allowing spirits advertising on television are all examples of the public health approach to alcohol problems.

The liquor industry has been careful to not directly contest public health demands but has continued to present options around alcohol as solely an individual’s choice. Two industry representatives spoke at the hearing. One was from the Distilled Spirits Council which is a longstanding trade association representing seventy-five percent of distilled spirits producers. His focus was on creating a level playing field for distilled spirits and limiting any legislation which works against a free market.

Such an approach has been standard for the liquor industry since Repeal. Distilled spirits producers have long resented the preferential treatment beer has received on both the state and federal levels. In the 1980’s  the Distilled Spirits Council had a very effective ad which showed that “Alcohol is Alcohol is Alcohol. The DSC spokesperson repeated this mantra at the hearing. 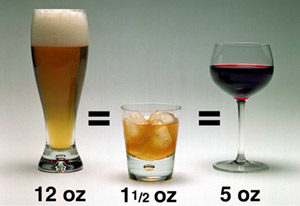 The other person representing the liquor industry has a farmer-brewer license and owns a very small brewery. These two speakers revealed a reality of the liquor industry which is that it is highly segmented. There are multinational corporations that produce distilled spirits and mega brewers but there are also very small breweries in many local areas and micro distillers in many counties in the country.

The final stake holders in  alcohol legislation and regulations are municipal officials whose primary concern at the hearing was the licensing system. Massachusetts distributes liquor licenses for various retail operations using a quota system based on population. The Mayor of Northampton, David Narkewicz has more requests than he has licenses and therefore wants a streamlined process for getting over-quota licenses.

Alisa Brewer, a member of the Amherst Select Board, wants the flexibility to issue different types of licenses depending on the needs of the community. Because all-alcohol licenses are the most expensive many restaurants want the more narrow wine and beer license. Amherst has less of those but has not used all of its all-alcohol licenses. Keeping the number allotted the same, she would like to locally determine how many of each the town distributes.

The hearing revealed a tension that has been present for governments regulating alcohol for a long time. The alcoholic beverage industry and the role it plays in the entertainment industry  provides a great deal of revenue for  state government. However the state must balance the economic benefits of encouraging alcohol production against the goal of providing public health and safety.

The Alcohol Task Force will wrestle with determining the right proportions for regulations. I will try to keep you posted on further developments.

Today is the seventy-eight anniversary of Repeal. I am re-posting something I wrote three years ago for the seventy-fifth anniversary. It was posted on my pre-wordpress blog so I am not sure how many people read it.

Prohibition happened because of deep ambivalence in American society over the use and abuse of alcohol. In 1920 the solution to these problems appeared to be the cessation of the production, distribution, and sale of alcohol. Thirteen years later Americans decided they had been wrong and allowed, once again, alcohol to be legally made and sold.

Repeal represented a turning point in American views of social behavior and habits. Since 1933 Prohibition has served as a negative reference point for any attempts to regulate or control problematic or unhealthy behavior. Reformers seeking legalization of other psychoactive substances such as marijuana use the nation’s experience with Prohibition to underscore the lack of wisdom in prohibiting other drugs.

Prohibition and Repeal did not eradicate our nation’s ambivalence about alcohol. As a country we are not alone in this ambivalence. Most modern states have a similarly complicated relationship with alcoholic beverages. Most governments receive some revenue benefits from taxing liquor while they must also deal with the health, safety, and public disorder problems that result from the misuse of alcohol.

From the liquor industry’s stand point the history of Prohibition and Repeal is a mixed blessing. They are always able to refer to Prohibition as the undesired end point of any attempts to increase regulation of the industry. They have been able to resume their role as financial partners in the federal government, an activity that continues to give them respectability. However they are ever vigilant in resisting any further sacrifices in the form of increased taxes. They are obviously aware, both from their own experiences as well as the experiences of the tobacco industry, that they are not invulnerable to another prohibition.

American responses to alcohol use and abuse have come in waves or cycles. From 1933 until the early 1970s American society increasingly saw alcohol consumption as a normal part of middle class social life. The low consumption rates that persisted until baby boomers became old enough to drink may have encouraged this benign view of liquor. The liquor industry as well as the medical field and academics all participated in the individualization and medicalization of alcohol problems.

In the 1970s alcohol consumption levels rose and a more public health approach to alcohol problems emerged. We are still living in this era. Public health advocates along with neo-prohibitionists had several successes including warning labels, the increase in the minimum drinking age, and a tax increase for beer. However they have not really moved forward in their attempts to restrict television advertising and drunk driving rates have not decreased for several years.

What remains to be seen is whether the pendulum will swing more severely one way or the other? Will bad economic times lead to increased or decreased drinking? Globally as the world’s population ages there seems to be a decrease in drinking. Less drinking usually leads to less negative consequences for society which in turn can lead to looser attitudes about drinking. However, at least in America, the baby boomlet could certainly impact consumption levels which might swing the pendulum towards stricter regulations and greater societal concern. The liquor industry is much better organized to withstand a regulatory or prohibitory onslaught than they were when Prohibition started.

New York Senator Chuck Schumer would like to see a national ban on text messaging while driving. He is is using legislation that tied a 21 year old  drinking age to federal highway funds as his model. The recent increased concern with this new driving hazard makes it less likely that there will be any serious consideration given to lowering  the drinking age. For more see here

There has been ongoing discussion in the beer blogosphere about Flying Fish Brewing Company’s decision to name a variety of  it’s beers after exits on the New Jersey turnpike. My first thought was that for anyone who has ever driven the New Jersey Turnpike this wouldn’t be very appealing or effective  marketing. Other people had more serious objections. A spokesperson for New Jersey MADD  initially released a statement claiming the Exit Series Beers were endorsing drinking and driving. Most beer bloggers responded to this claim with ridicule. MADD later retracted the statement.

Yesterday,Alan McLeod, A Good Beer Blog proposed that beer bloggers take the issue of drunk driving seriously and called for a new organization, Beer Bloggers Against Drunk Driving or BBADD.

In a followup post today, Alan suggested that the interests of brewers and beer bloggers differ. “From those in the trade, there’s a reluctance to look anything like MADD or to discuss the negatives related to craft beer.”

Historically however, the brewing industry tried very hard to work with and help fund MADD and other neo-temperance organizations.  While the USBA still existed they were very careful to not express an opinion on the minimum drinking age and were totally supportive of MADD’s efforts to reduce drunk driving. The Beer Institute, successor to the USBA, has pretty much followed this line. The larger brewers organizations generally save their energy for fighting taxes increases and any attempts to restrict their abilities to market their products.

I have been reading beer bloggers for about three or four years and it is my observation that  beer bloggers, who are sometimes also home brewers,  are the most vociferous in their complaints about neo-temperance activities. I think Alan will have an uphill battle  promoting BBADD.

This past Friday I attended a conference at Hampshire College about the drinking age and whether it should be changed. Alex Torpey, a graduating student , organized the conference as part of his Division III, or senior project.

Ralph Hexter introduced the keynote speaker and indicated that he feels the issues around the drinking age and drunk driving hinge on responsibility. President Hexter is a signer of the Amethyst Initiative which called for lowering the drinking age to eighteen. END_OF_DOCUMENT_TOKEN_TO_BE_REPLACED

I just finished watching a segment of 60 Minutes on the drinking age. I have written about this subject before but I guess there is always more to say. The spokesperson for the college presidents who want to lower the drinking age to eighteen was John McCardell, former president of Middleburry College while the head of MADD spoke in opposition. 60 Minutes told a horrific story about an eighteen year old who died of alcohol poisoning following a fraternity initiation rite. His friends left him alone to die. Both his parents and McCardell seem to feel that the situation would have been different if the drinking age was lower. I am not sure if the legal status of the alcohol and the drinkers could change the basic immaturity of the people involved. To my mind, their lack of judgment in every area caused the death of that young man.

McCardell wants to accompany the lowering of the drinking age with mandatory alcohol education and a subsequent license to drink. He proposed this after saying he wasn’t suggesting temperance or prohibition. However, his ideas for alcohol education sound a lot like Scientific Temperance Instruction which was a program of the Woman’s Christian Temperance Movement and featured a shriveled up liver in a jar. Although McCardell wants to paint his opposition as prohibitionist, his ideas support a temperate or moderate approach to drinking. McCardell acknowledged, to Leslie Stahl, that many people are opposed to lowering the drinking age but he feels history is on his side. After all, according to him, everyone knows that Prohibition failed. If the issue is strictly levels of alcohol consumption, Prohibition did not fail. Levels decreased significantly and did not climb back up to pre-Prohibition levels until the 1970s.